How To Get The Most From Twitter Chat Hours

Getting the most from a networking Twitter chat hour

Say hello! This is ‘social’ media, so be social. Start the hour off as you would any gathering by greeting the group and asking how everyone’s week has been or how they are feeling.

Tag the organiser early on. It’s good manners to greet the organiser or moderator of the chat. Usually, local hours e.g. #MNCHour is run by @mumpreneursclub so include the latter in your introduction or greeting tweet.

Use the hashtag in every message. The tags allow people to follow the conversation but also some organisers gather tweets at the end using publishing platforms Twitter moments.

Introduce yourself. Tell people how your business helps people. Try to keep this to one tweet.

Don’t schedule a message to spam the chat hour. The point of the chat hour is to converse. If you’re using a scheduler, you’re most likely not ‘there’ and it will show. However, it can be useful to schedule an early tweet to remind yourself you were going to join. But make sure it’s the ‘hello everyone, how are you’ style of message.

Follow those who took part. Try and follow everyone unless they are largely irrelevant to your networking. It’s good manners and forms good connections for future networking with Twitter.

Stick to the format. If the moderator has questions planned, do your best to answer those. Don’t go too far off piste or randomly promote yourself in the middle of the session.

Be patient. Some people take a bit of time to reply, there’s a bit of a delay while reading feeds and monitoring the conversation. Don’t jump in too quickly with questions before people have had a chance to respond.

Try not to be too salesy. By all means be clear about your business and what you offer but don’t lay it on too thick. Share one or two tweets promoting yourself, then spending time chatting. If the conversation naturally revolves around your expertise then obviously run with it.

Watch your spelling and grammar. The odd typo would be forgiven during a hasty Twitter interchange but try to avoid altogether if you can. It looks unprofessional and most of all, could detract from the meaning of your message.

Prepare a few images or 30-second vids to share. Multimedia flies on Twitter, so have a few to hand ready for your networking. It increases the impact of your message long after the hour has ended.

Be transparent about Twitter chat clashes. There’s nothing wrong with two-timing your chat hours but perhaps declare at the start, so people know if there’s a delay to a question they’ve directly asked you.

Have fun! As well the opportunity to network, crack a few light jokes and be positive. And it should go without saying to be respectful and don’t swear. If you’re not sure about how a message you’re writing will be received, then don’t post.


Register for my next webinar 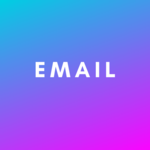 Ta-dah! One final step before you're on the list to receive my free digital marketing tip bulletins - confirm your subscription. Check your inbox or spam for the confirmation mail. :-0)